Democracy is losing ground: For the first time since 2004, the Bertelsmann Stiftung’s Transformation Index (BTI) counts more autocratically governed states than democracies. Among the 137 countries surveyed, only 67 are still democracies, while the number of autocracies has risen to 70. Economic and governance performance also show downward trends, with the coronavirus pandemic having exposed and exacerbated existing weaknesses. However, civil society engagement offers a ray of hope, directed in many places against rising levels of inequality and efforts to dilute democratic standards.

A creeping autocratization has long been evident: Over the past 10 years, the quality of democracy has declined in nearly one in five democracies, including in regionally important and once-stable democracies. Meanwhile, many autocracies have further expanded their repression, abuses of power, and restrictions on the freedoms of expression and assembly. Seven states that were considered “defective democracies” just two years ago have been relegated to the category of autocracies in the BTI 2022.

The decline in the quality of democracy has most often been driven by political elites focusing on securing their own political and economic power at the expense of societal development. For more than a decade, the BTI has observed a number of consequences to this trend, including a widespread erosion of the rule of law and civil liberties, growing economic inequality, and an increasing failure of among governments around the world to seek broad consensus for policy solutions. 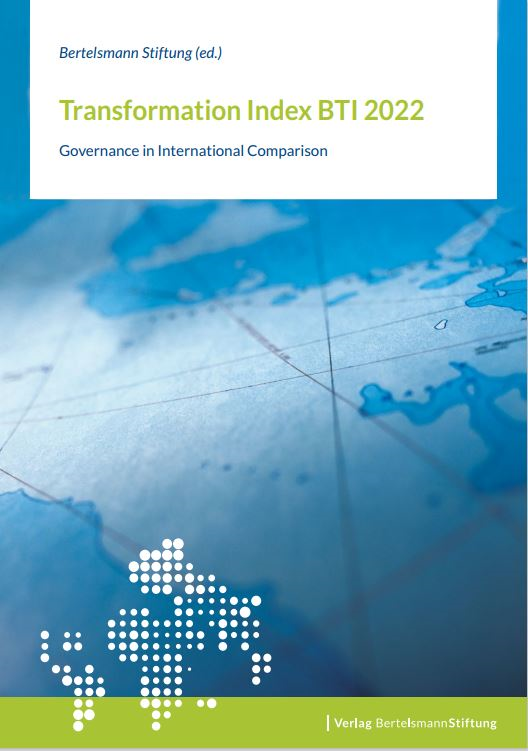